Created in 2002 by Virginio Dall’Aglio, organized by the Municipality and the Pro Loco of Brescello, then by the Foundation “Paese di Don Camillo e Peppone”, the “Brescello Film Festival” is an event that takes place every year towards the end of June, contextually to the traditional night of St. John.

The Festival brings together the suggestions of the “Don Camillo and Peppone” filmseries and in the town square proposes: exhibitions, competitions, previews, presentations of Italian and international cinema works, independent audiovisual productions, short films, documentaries, works that recount the territory of the “Bassa”, the Po River and more …

Over the years, important Italian critics and journalists have participated as collaborators such as: Paolo Vecchi, Roberto Campari, Giovanni Martinelli, Tullio Masoni and Morando Morandini.

Many exceptional filmmakers were the protagonists of the nights such as: Marco Bellocchio, Giuliano Montaldo, Giorgio Diritti, Gianni Amelio, Florestano Vancini, Giuseppe Bertolucci and many artists and the figures of the “trades of the cinema” have given their contribution, like the author of soundtracks Teho Teardo.

The “Brescello Film Festival” intertwines the rich cinematographic heritage of the territory, the aggregation and the typical warmth of the “Bassa” with the local gastronomic traditions: it’s the classic “tortellini of San Giovanni”, which accompanies the main night of each edition, that represent one of the most happy and appreciated moments of the event. 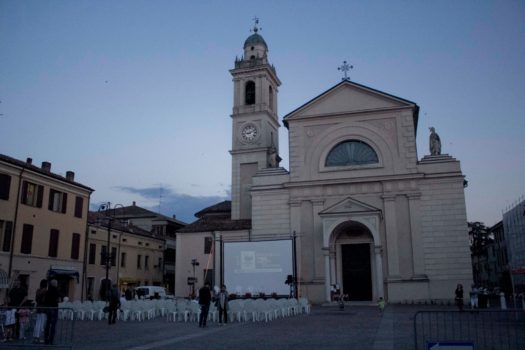